We recently asked ALTO Aviation engineers to help us put a list together with their favorite movies to give a good work out to the woofers and test our signature ALTO nVELOP ™ Digital Surround Sound audio system. We asked them to tell us which movie soundtrack gives them chills when testing and which one in their opinion would bring the most exciting and impactful sonic experience at 40,000 ft. Here's the list, it was not easy to narrow to a top ten, so we decided to include three honorable mentions. Here it is, from ALTO Aviation engineering to you, our top ten list of best movies to test Surround Sound. We are clear for takeoff!
10- Black Hawk Down 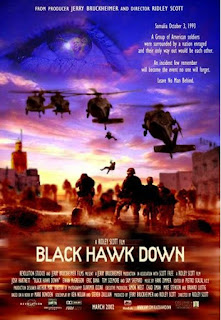 A 2001 American-British war film directed by Ridley Scott. The film was nominated for four Academy Awards and took home the Oscar for Best Film Editing and Best Sound Mixing. If you want to experience the soundscape of a war, then Black Hawk Down played on the ALTO nVELOP™ Digital Surround Sound audio system is your vehicle to a world filled with helicopters, gunshots, and the emotional cries of men on the battlefield. 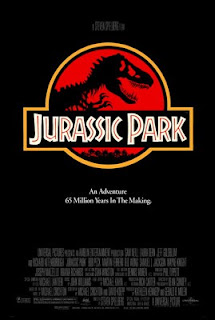 Steven Spielberg directed this science fiction thriller released in 1993. It won Academy Awards for Best Visual Effects, Best Sound Effects Editing, and Best Sound. It doesn't get better than Tyrannosaurus' roars and Velociraptors running all around you. The ALTO nVELOP™ Digital Surround Sound audio system will make you feel like you’re right in the middle of the Gallimimus stampede. The impeccable sound mix and John William’s superb soundtrack will test the quality of your speakers and power of your woofers. 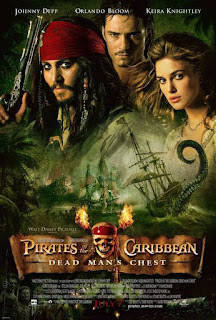 Released in 2006, Pirates of the Caribbean: Dead Man’s Chest is the second in the series, directed by Gore Verbinski. It was nominated for Best Sound Editing and Sound Mixing at the 79th Academy Awards.  The clank of the  swords, explosions, and a cannibal chase in the jungle become almost real as your ALTO nVELOP™ Digital Surround Sound audio system transports you to this Caribbean adventure. 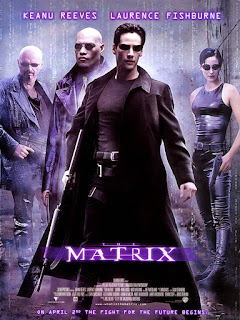 Directed by Andy and Larry Wachowski, The Matrix was released in 1999. The Matrix won Academy Awards for Best Sound Effects Editing and Best Sound. Explosions, bullets floating past, shoot-outs on the roof. From the high-pitched digital noise upon entering the matrix to the many fight scenes, The Matrix is sure to showcase the enthralling ALTO nVELOP™ Digital Surround Sound audio system. 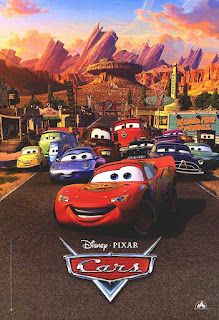 A computer-animated sports film released in 2006 and directed by John Lasseter. Cars won an Oscar for Best Animated Feature Film of the Year and a Grammy for Best Compilation Soundtrack Album. A movie with talking cars and personalities as loud as the roaring engine of race cars buzzing past. The ALTO nVELOP™ Digital Surround Sound audio system will make you feel as if you are on the road with Lightning McQueen.

5- Lord of the Rings: Return of the King 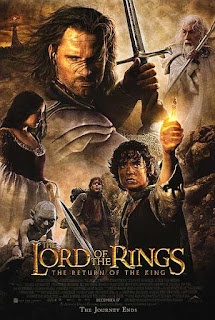 Directed by Peter Jackson, released in 2003. Return of the King received the Academy Award for Best Picture. It also won an Oscar for every one of the 11 categories it was nominated for, including Best Original Score, Best Original Song and Best Sound Mixing. Any of the Lord of the Rings films would certainly test your audio system’s capabilities. However, if you really want to hear the ALTO nVELOP™ Digital Surround Sound audio system shine, Return of the King stands out from the rest. In addition to the epic battle scenes and the collapse of Mordor, Return of the King brings to us one of the most memorable and chilling scenes in movie audio history when voices of the dead will echo throughout your cabin along with a haunting wind. 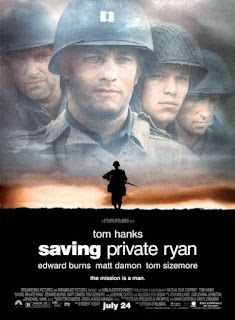 Released in 1998 and directed by Steven Spielberg, it is often considered one of the best Hollywood war films to date. Saving Private Ryan won the Oscar for Best Sound Effects Editing and Best Sound at the 71st Academy Awards. The opening battle is one of the most spectacular and impressive battle sequences ever filmed. Spielberg puts you right in the middle of the chaos, with screaming, yelling, crying, shooting, and explosions all around you. 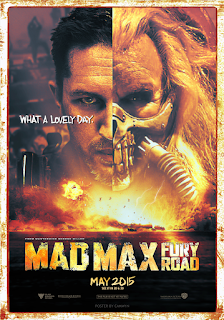 George Miller wrote and directed all four of the Mad Max movies. The series has been well received by critics and continues to have an influence on many apocalyptic and post-apocalyptic movies. Sound tells a lot of the story in the original Mad Max, especially when there is no dialogue at all. The industrial soundscape reverberates throughout all of the films and makes these films an outstanding choice for an awesome surround sound listening experience.

2- Close Encounters of the Third Kind 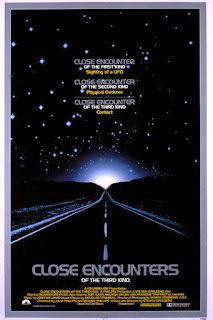 A popular science-fiction film released in 1977 and directed by Steven Spielberg. Close Encounters won an Academy Award for Best Cinematography and a Special Achievement Award for Sound Effects Editing. With the ALTO nVELOP™ Digital Surround Sound audio system, you can actually hear the sound of the alien spacecraft moving as they fly past, the chatter on the government radios, and the amazing music as you are drawn into this alien spectacle. 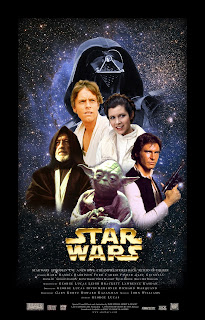 And here it is! The winner of winners, Star Wars films, you got it, all of them! George Lucas was the director of all of the films, with the exception of The Empire Strikes Back and Return of the Jedi, directed by Irvin Kershner and Richard Marquand, respectively. The film series has won many awards, including Academy Awards for Best Original Score and Best Sound Mixing. Space battles as the ships whoosh past, lightsabers  all around you and your subwoofers booming as the Death Star is destroyed. The ALTO nVELOP™ Digital Surround Sound audio system brings the force to you. 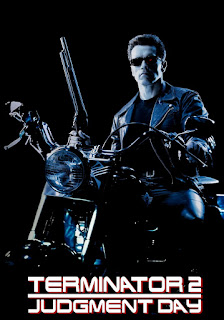 This science-fiction series of films, directed by James Cameron are known for the visual effects. However, the sound quality in the films cannot be ignored. Terminator films have won several awards including an Oscar for Best Sound and Best Sound Effects Editing. You can say “Hasta la vista baby!” to boring, flat sound, as you enter the world of the Terminator. The amazing range of the audio in these film will put your ALTO nVELOP™ Digital Surround Sound audio system to the ultimate listening test. 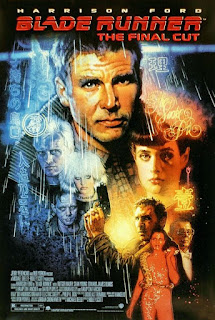 Directed by Ridley Scott and released in 1982, this sci-fi classic won several awards, including an Academy Award for Best Visual Effects and a Golden Globe for Best original Score. Vangelis’ Main Titles is a classic. Sound designer, William Whittington created a new world of sound. With the ALTO nVELOP™ Digital Surround Sound audio system, you will be transported into the future and be left wondering what the sounds of the future actually hold. 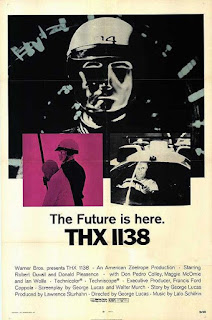 And we had to include this science-fiction film, released in 1971, as George Lucas’ directorial debut. The sound design was so important in this film that George Lucas wound up naming a whole surround-sound system after it. This classic sci-fi film, sound engineered by Water Murch, with ahead of its time sound design, is sure to showcase its dimensional sound as was intended for you to hear it in the ALTO nVELOP™ Digital Surround Sound audio system.

Do you agree with this list? What movies are in your top ten list? Share your thoughts today on the movies in this list, or if you have a favorite movie to showcase your audio system, let us know! #ALTOaviation Coming soon, ALTO Aviation top ten songs to test our amplifiers. Stay tuned!
Posted by ALTO Aviation Blog at 9:57 AM 1 comment:

ALTO Aviation is pleased to announce the launch of our new updated website, www.altoaviation.com. The attractive new site has been designed with functionality and ease-of-use in mind to provide users access to detailed product and audio systems information, as well as the option for a more interactive experience via incorporated social networking sites and the new ALTO Blog.


The ALTO website has been designed with the latest cross-platform technology, so the site is compatible with all browsers and mobile devices. In addition to improved accessibility, the website has been completely remodeled to create a fresh, new user-friendly design. With enhanced navigation, users can easily browse the ALTO Aviation portfolio of audio components and systems. Secured log in privileges now allow ALTO to better assist clients with their cabin audio needs.


Other key features of the site include a new graphic redesign, full product offering and a complete range of audio solutions, including ALTO’s latest audio systems and product catalogue. Technical data, floor samples and all essential product documentation are available to website users upon registering within the newly created MyALTO login. Current ALTO users have been directly transferred to the new site, and a new Suppliers Portal has been coded to allow access to exclusive documentation to ALTO Vendors.


The new website means that customers are now more connected with ALTO than ever before. Visitors can stay up to date with ALTO’s latest announcements, product innovations, and editorials in the enhanced News & Media section. Here, visitors can also check ALTO’s schedule of tradeshow events, sign up for the ALTO Resonance Newsletter, or meet the Executive Team. For the press community, ALTO’s new site provides complete Press Release & Advertising sections, as well as straightforward contact us features. An exciting, new component of the website is the innovative Careers portal. This feature allows users to access job, Co-op, and internship opportunities within the company. 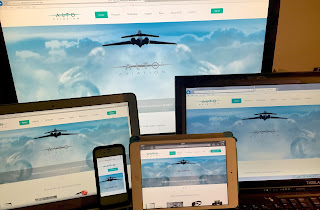 Posted by ALTO Aviation Blog at 8:31 PM No comments: